Billy the mail man called me at about 9:30 this morning to let me know he had the chicks and was about ten minutes from our place!  As soon as he arrived we could hear them chirping away!  I let the kids open the box warning them that there may be some dead ones. There was one dead and one that we though for dead but could still see breathing. The other eight were just as lively as could be!  We got them under the heat lamp right away! 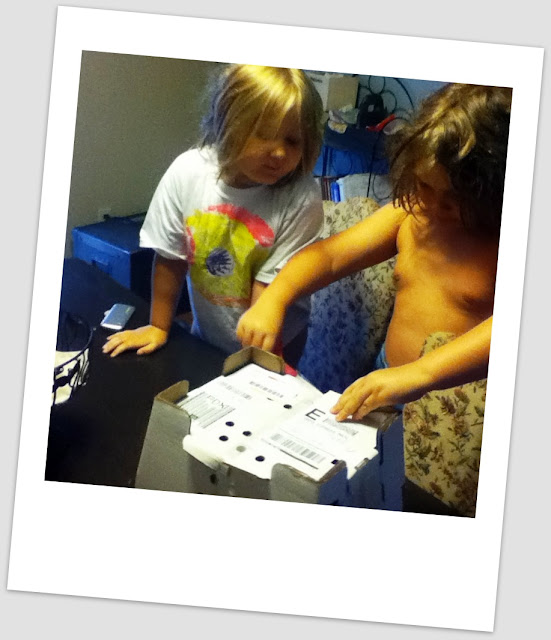 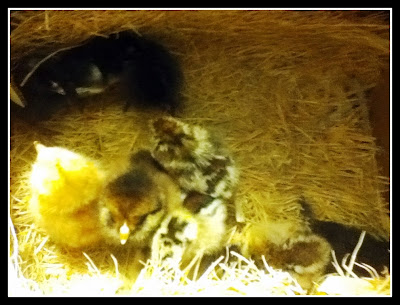 The not so alive one was revived with a little heat and some gentle caressing and nudging just like a mama hen might do, by a friend who also touched some water to its beak.  My friend shall be called, the chick whisperer!  It took about two hours before she was up on her own two feet which is awesome because she wasn't moving at all when we got her! 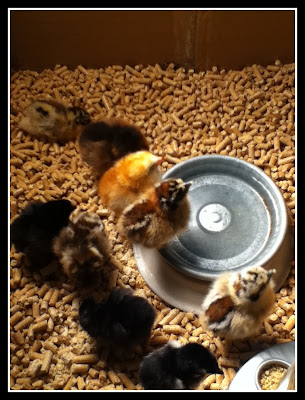 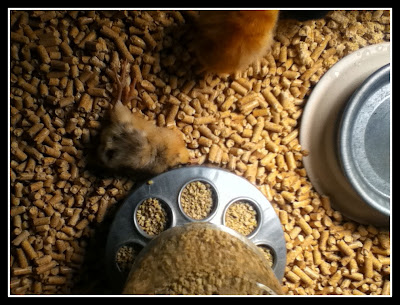 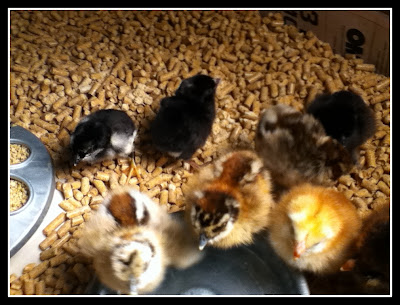 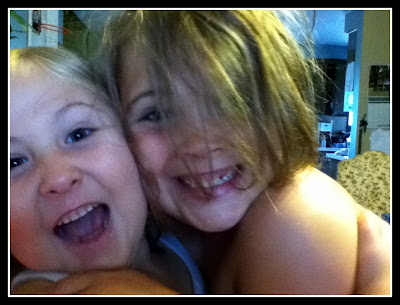 I'm pretty sure I have the happiest kids in the world! 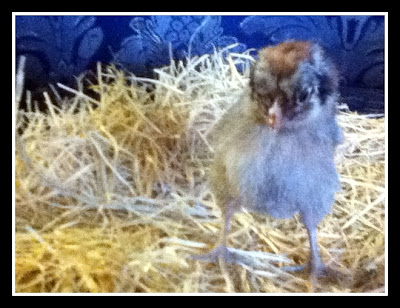 I have identified 4 of the 5 bantams, one dead.  I think one of the striped chicks may be our other bantam!  We aren't getting anything done today, just staring at and caressing chicks, loving every second of it!